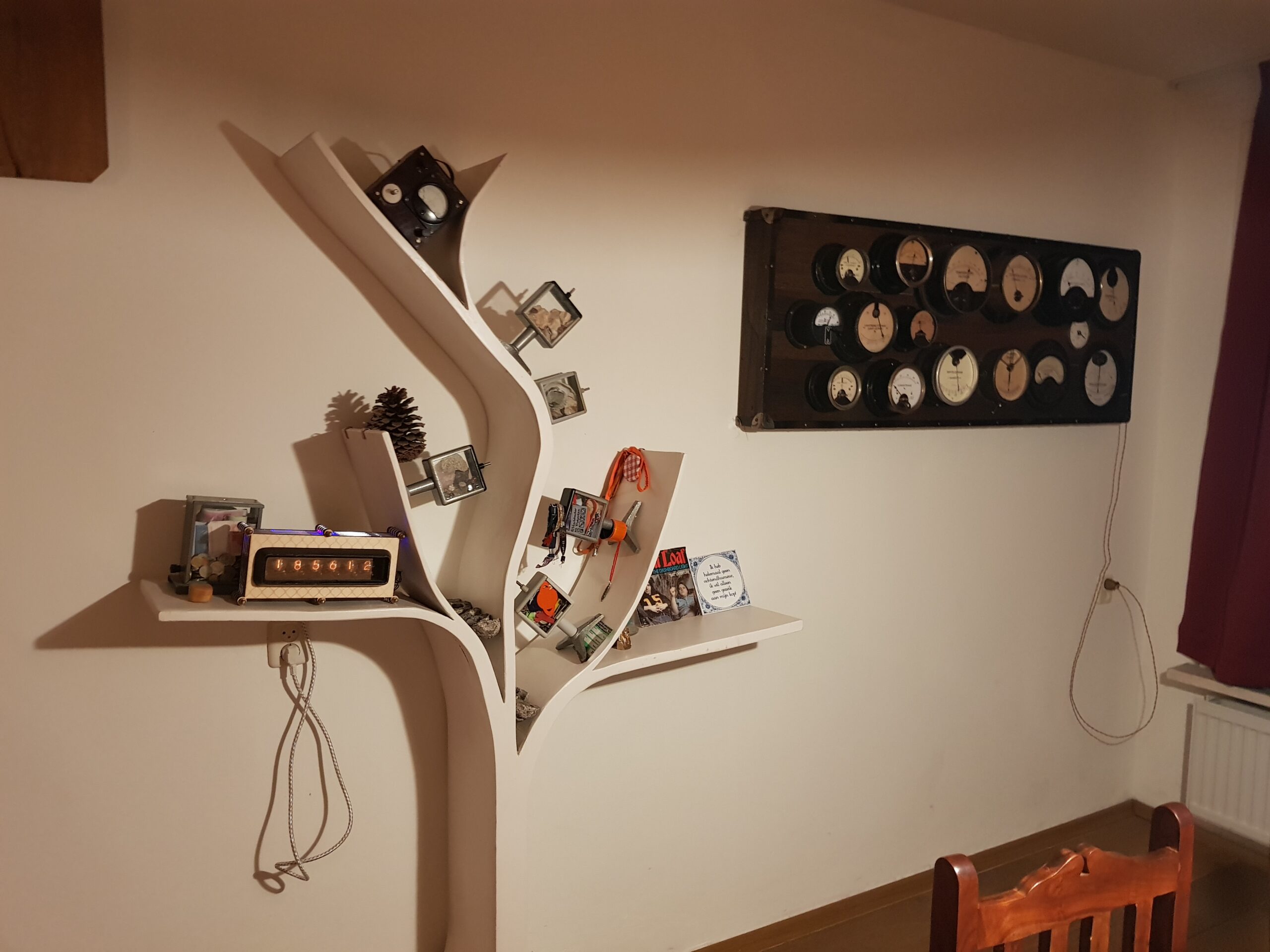 Learning from the previous adventures regarding meters of the moving-coil kind and the moving iron kind it is time for the final weatherstation quest. This is a quest that will take about 3/4 martian years.

This quests start with an actual search. The search to find a ton of meters in second hand stores and online throughout the galaxy. Some glass breaks in shipping. Meter collecting is dangerous, and on the way back some meters suffer glass damage.

The injured meters get their glass replaced with help of the local glazier a secret friend of the planet of Glaz. And then it is time to make a selection for the final setup. 18 meters make the cut for the first layout. Let’s see if they all survive until the end.

The moving coil meters doe not need much attention, apart from a new plate and maybe cutting out some resistors. Than they can be driven straight from an Arduino with a multiturn potentiometer in between. The moving iron meters are a bit of a challenge. Some of the coils are wound for very high currents like 50 Amperes. Whereas the Arduino can only drive about 0.02 Amperes.

Ms. Windy the converted sowing machine takes in the base of the coil, and rewinds it to a more manageable coil which can be driven with about 0.5 amperes. Still more than an Arduino can drive, but much more manageable than 50 Amperes. With the help of a mosfet, an arduino can easily drive this as shown in one of our previous adventures.

A wind indicator typically is round, and does not know an end. It can go from any position to any other position. To indicate this, there are actual wind direction indicators that can do this. They are difficult to drive “originally” though, they tend to be synchro-wound, using multiple coils that have to be driven at a around 120-400hz and a decent voltage. So time for an alternative, in this case a 360 degree servo driven by an arduino uno.

All meters are now prepared for mounting. The mount itself consists of oak floor boards that are stained dark on the outside. The corners are reinforced with angled iron that is blackened using heat and linseed oil. The inside is wired to the boards, two arduinos (a mega and an uno).

One of the inputs of this weather station are a wind sensor and a rain sensor. They are from Netatmo which has a weather station kit with all these and a WEB API. The latter makes it possible to create a web interface that scrapes the data. Other data is scraped from the web or other custom sensors using Raspberry Pi’s or ESP2866’s. We encountered the lightning sensor hidden in one of the previous adventures. The code for the “core” of this weather station is on GitHub.

Another benefit of storing everything in a database, we can create nice interfaces like this graph. Only one thing left to do, put it on a wall (with the help of a friend, this thing weights almost 80kg) and enjoy it: