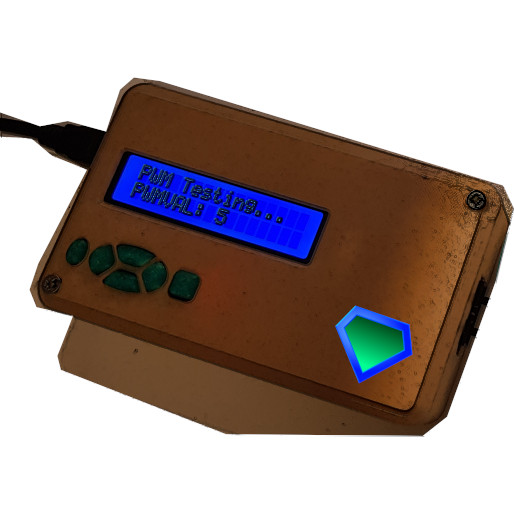 This is the birth of a new hero. The Arduino Hero Toolbox. Or AHT (jr.) for short. Originally this hero rised to the need of counting turns for winding coils. Soon however it rised up to the challenge of a small though powerful multifunctional hero. The AHT toolbox is an Arduino Uno, LCD Keypad Shield, 3D Printed (Mmintbox 1) enclosure and buttons.

The 3D Printer is from another Universe, the narrator lets their 3D printers create extremely cool stuff, check out his stuff on thingiverse!

The Arduino Uno and Keypad Shield are wired up to a two by five pin header. This was chosen on the basis of plenty of them swerving around in the narrator’s workshop. The Arduino sketches on GitHub Make this hero universal use.

Here is our hero calibrating a moving coil meter and reading the values of a soil humidity sensor. Those will be featured in another adventure, sit tight!