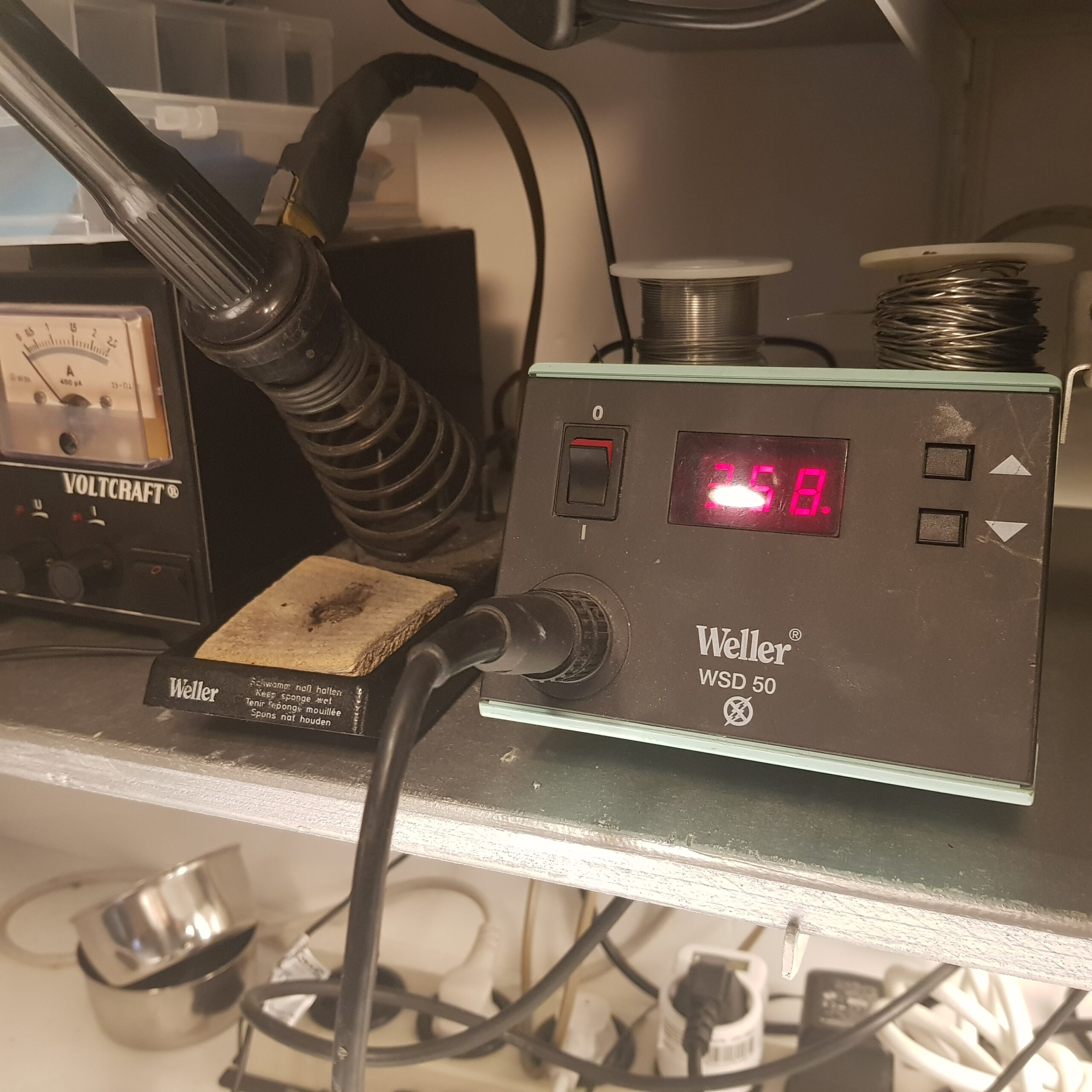 Dr. Weller isn’t in his twenties anymore, and his hearing is getting worse. Understanding the other heroes is being made even harder by the noise by an evil antagonist. This story tells how Dr. Weller uses his hot head to minimize the noise evil in the workspace world.

So here we see our tried and tested hero. Next is hour noisy antagonist: the fume extractor (doesn’t that sound evil…). Last is the gadget that is going to help out Dr. Weller, a micro switch. Sounds small. Looks small. And actually is small, but it does great switching! And what is that strange square of PCB doing there?

Next we use a wall socket switch, take it apart and take out the switching part. That will be taken over by our small friend installed earlier.

The big black hole where the switch used to be is covered up with a piece of scrap plastic meticulously crafted piece of rare planetary tri-ceramic-dexathon. A two core 230V wire is fitted with sliding crimp connectors (which are also soldered). The micro switch loses one of it’s three leg’s. We only need it’s NC (Normally Closed) contacts, so to prevent unexpected electrocution (an intergalactic class #2 offense) we need to get rid of it.

The other side of the wires is solded to where the switch used to be, and covered in heatshrink. With the addition of a slit into the original plastic housing, room is made to close it again. And on the right, the finished product. The micro switch is all wrapped up in heatshrink (multiple stages), and the socket switch is plugged in to the bottom. Plugging in the smoke extractor on top of it, and noise is only present, when actually holding the soldering iron! Below is a small movie of the contraption in action.